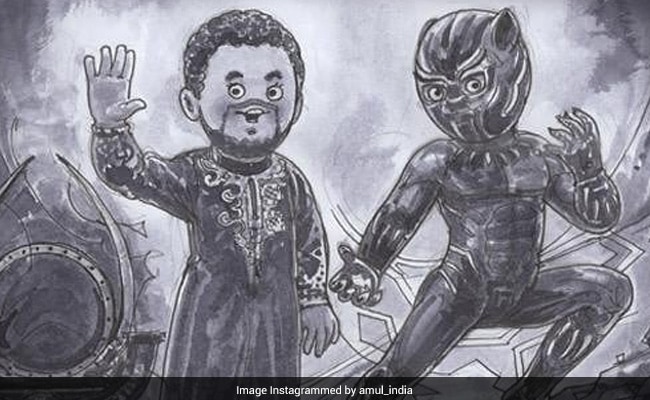 Actor Chadwick Boseman’s death left fans across the world grieving with heartfelt tributes pouring in for the actor on social media and one such was from Amul. Chadwick Boseman was best known for portraying the Marvel Cinematic Universe’s superhero avatar Black Panther – Amul drew inspiration from Chadwick Boseman’s most popular onscreen persona for the tribute. “Marvel of an actor,” Amul described the late star and added: “RIP, King of Wakanda.” Black Panther, played by Chadwick Boseman, was the superhero name of King T’Challa of the fictional African nation Wakanda. The victory phrase “Wakanda Forever”, spoken by Black Panther in the MCU movies, has been trending on social media following the news of the actor’s death.

The family statement revealed that Chadwick Boseman was diagnosed with colon cancer in 2016, which he chose to away from the media glare. He continued to work in films while undergoing cancer treatment: “It is with immeasurable grief that we confirm the passing of Chadwick Boseman. Chadwick was diagnosed with stage III colon cancer in 2016 and battled with it these last 4 years as it progressed to stage IV. A true fighter, Chadwick persevered through it all, and brought many of the films you have come to love so much.”

Nothing More Humbling Than Experiencing Creation Of Life: Anushka On Pregnancy