When The New Day was first formed in WWE, no one was too optimistic about the group. In fact, Big Show even asked Kofi Kingston what he was doing in a team with Big E and Xavier Woods. Thankfully, everyone would change their tone about The New Day after some time as they managed to become a really fun group that could engage the fans.

Now, more than six years down the line, The New Day are still together, and have promised to never break up. Throughout this time, they have achieved extraordinary levels of success, becoming the longest reigning tag team champions in WWE history, as well as holding multiple titles. Last year, Kofi Kingston even won the WWE Championship and held it for the majority of 2019.

Now, on his ARN podcast (h/t 411 Mania), Arn Anderson talked about The New Day and how they have remained together in WWE for so long.

How The New Day are still together in WWE

The New Day have been together in WWE a long time and in that time, Arn Anderson said that the combination of fun and wrestling ability that they brought to the ring ensured that they were still around and had never been broken up.

“When they came through the curtain, you were gonna have fun. Xavier Woods can no more play a trombone than I can or my dog can. Some of the sounds that came out of that were horrifying, and that was part of the entertainment. Big E – an 800 or 900-pound squatter. Kofi Kingston – just a superstar waiting to happen. And this combination of those guys – here’s one of the intangibles that you can spot or I can spot or some of the fans can spot. When it’s very real, you see it. Those guys love each other, and they love being partners, and they love performing, and they are having the time of their life. And that comes through. That’s something you can’t fake, and that’s something that you can’t pretend to be doing. Those guys really are a team. They care about each other, and the bond they have is just there. You know it talking to them, and you know it watching them perform. That’s the reason those guys got over.”

Readers can check out Kofi Kingston talk about having to perform without an audience in WWE. 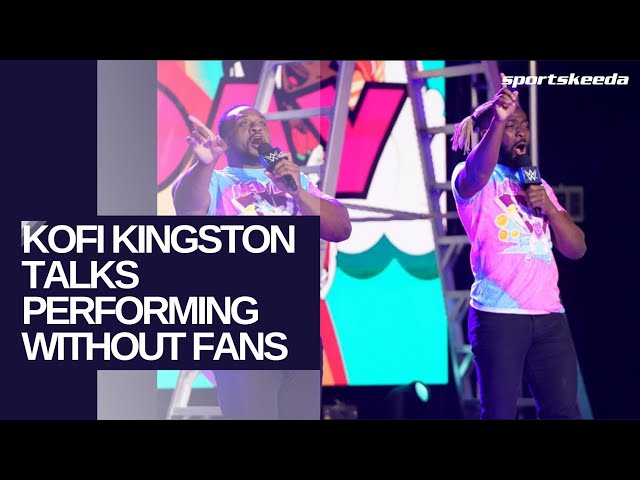 England vs Pakistan: Shoaib Akhtar Lashes Out At Babar Azam, Calls Him An Insecure Captain. Watch