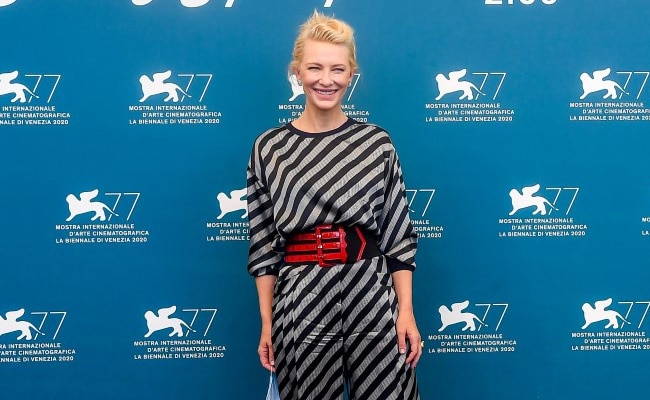 Hollywood star Cate Blanchett said Wednesday that she would rather be called an actor rather than an actress. The Australian, who is heading the jury at the Venice film festival, gave her backing to Berlin film festival’s controversial decision last week to do away with gendered prizes and only give a best actor award. “I have always referred to myself as an actor,” Cate Blanchett said after being asked about the move towards gender-neutral prizes. “I am of the generation where the word actress was used almost always in a pejorative sense. So, I claim the other space,” she told news agency AFP.

Cate Blanchett is heading the jury at Venice – once slammed by feminists for the “toxic masculinity” of its selection – in a year when the number of women directors vying for the top prize has quadrupled to eight.

Venice was heavily criticised for selecting only one female film-maker to compete for the Golden Lion in 2017 and 2018.

And there was still greater fury last year when Roman Polanski – who was convicted of the rape of a 13-year-old girl in 1977 was selected and went on to win the festival’s second prize for his historical drama, An Officer And A Spy.

But in the run-up to festival – the first major film gathering since the coronavirus struck – Oscar-winner Blanchett told Variety the record eight women directors this year was “a direct response to the positive advances that have been made.”

The 51-year-old has become a major player in Hollywood gender politics since the #MeToo movement sparked by the Harvey Weinstein scandal.

She led a red-carpet protest for equality by an army of female stars and directors at the rival Cannes film festival two years ago where she was also president of the jury.

The Carol and Elizabeth star has also been a prominent supporter of the Time’s Up and #50/50 movements for gender parity and against sexual harassment in the industry in the wake of Weinstein’s disgrace.

“Cate and I were supposed to work together once on a project and I wanted her to be the leading man in the film,” she said.

The maker of High Life and Beau Travail said the limits of gendered prizes was clear when you have to “give a prize to someone who has played the role of a man or a woman and who is transgender.”

But some stereotypes are slow to die. Blanchett was asked at one stage during the press conference before the festival’s opening gala whether she had asked her husband if she could go to Venice, given the risk of a second wave of COVID.

“My husband said I had permission to leave,” the actor replied dryly. “My children not so much.”