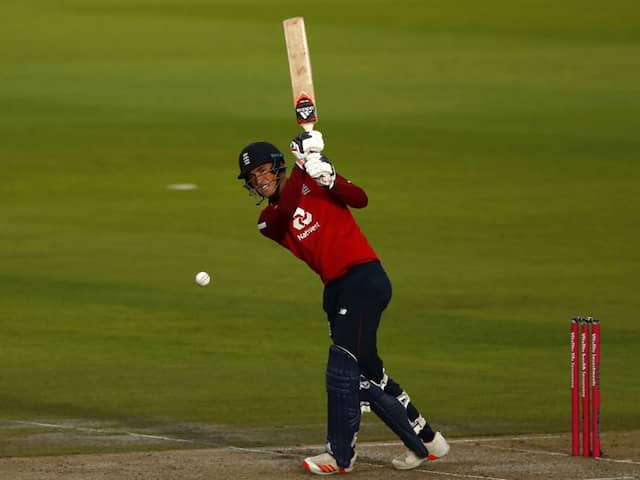 
Pakistan posted a total of 195/4 in 20 overs after being sent in to bat by hosts England, in the second T20I of the three-match series at Old Trafford in Manchester on Sunday, August 30. Skipper Babar Azam and Mohammad Hafeez scored half-centuries, to help the visitors post their highest T20I score against England. Spinner Adil Rashid picked two wickets with pacers Tom Curran and Chris Jordan accounting for a wicket apiece. Both sides named unchanged sides from the first T20I. The first clash at the same venue was abandoned due to rain with the hosts reaching 131/6 in 16.1 overs, following a 42-ball 71 by opener Tom Banton before the game was called off. (Live Scorecard)