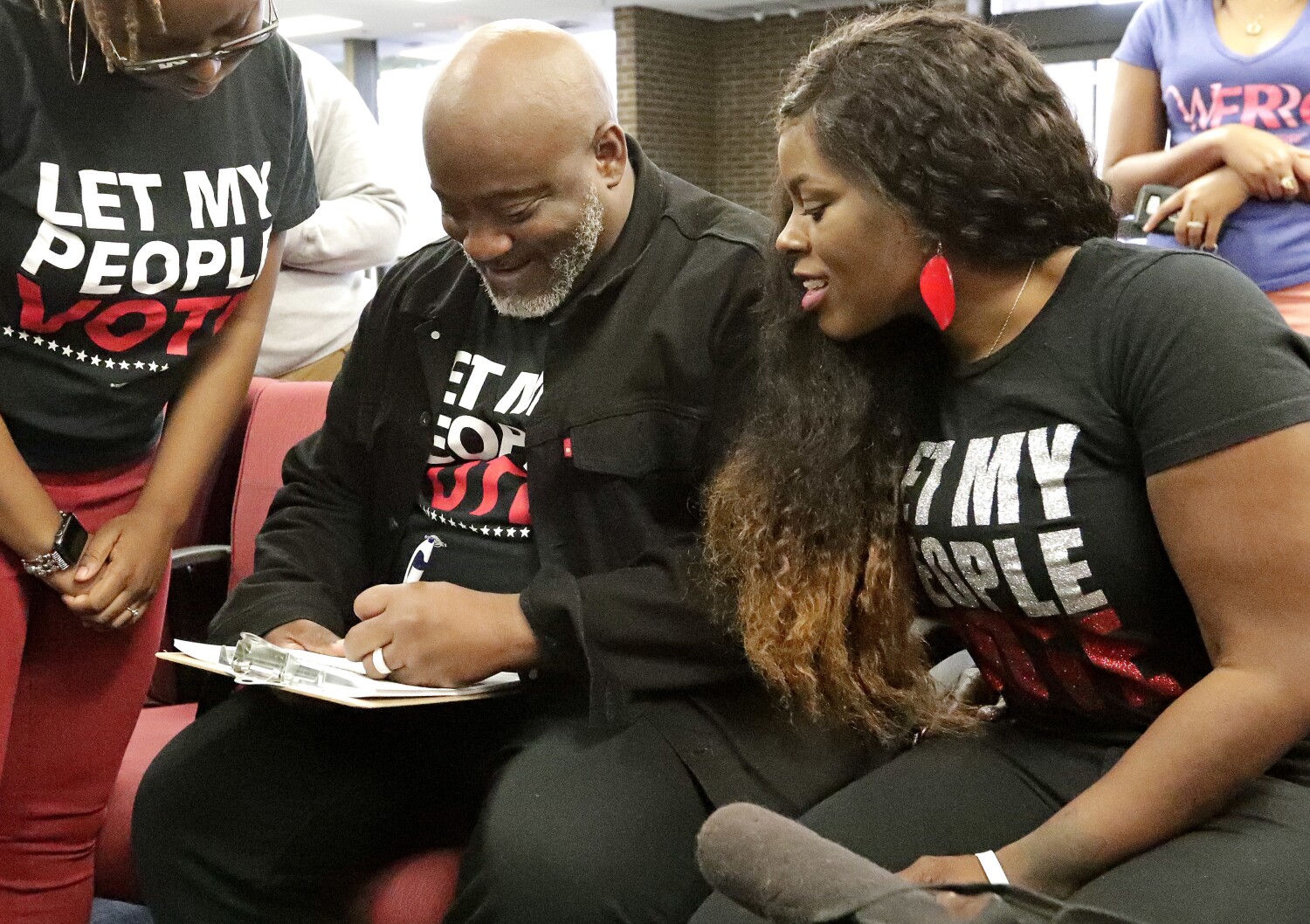 As many as 775,000 former felons in Florida will not be able to vote if they haven’t paid back all fines, fees and restitution, a federal appeals court ruled Friday, overturning a lower court’s decision that they could go to the polls this year.

In a 6-4 decision, the U.S. 11th Circuit Court of Appeals in Atlanta determined that the fines and fees placed on felons are not a “poll tax” as described by federal Judge Robert Hinkle in his May 26 decision. The case could have an effect on the outcome of the Nov. 3 presidential election in swing-state Florida.

“Democracy took a blow today,” said Desmond Meade, who spearheaded the Amendment 4 campaign in 2018 that prompted 65% of Florida voters to back the restoration of voting rights to felons.

Hinkle made his ruling in a lawsuit challenging the 2019 law designed to carry out Amendment 4. He agreed with the ACLU, Campaign Legal Center and other voting rights groups that the requirement to pay those costs before being allowed to vote was unconstitutional.

But in his written decision Friday, Chief Judge William Pryor ruled that “the fees and costs in this appeal are penalties, not taxes.”

“Because court costs and fees are legitimate parts of a criminal sentence — that is, part of the debt to society that felons must pay for their crimes — there is no basis to regard them as a tax,” Pryor wrote.

The ruling is a victory for Gov. Ron DeSantis, who appealed Hinkle’s ruling to the full 11th Circuit Court after being rejected by a three-judge panel of the same court. DeSantis argued Amendment 4 was not “self-implementing,” as its backers contended, and signed a law approved by the Legislature laying out how the process would work.

“The 11th Circuit decision affirmed what we all — proponents and opponents of Amendment 4 — agreed on during initial oral arguments in front of the Florida Supreme Court,” DeSantis spokesman Fred Piccolo said in a statement. “Namely that all terms of a sentence means all terms. There are multiple avenues to restore rights, pay off debts and seek financial forgiveness from one’s victims. Second chances and the rule of law are not mutually exclusive.”

In his dissent, Judge Adalberto Jordan wrote: “Incredibly, and sadly, the majority says that Florida has complied with the Constitution. So much is profoundly wrong with the majority opinion that it is difficult to know where to begin. … I doubt that today’s decision — which blesses Florida’s neutering of Amendment 4 — will be viewed as kindly by history.”

“Our duty is not to reach the outcomes we think will please whomever comes to sit on the court of human history,” Pryor wrote. “We must respect the political decisions made by the people of Florida and their officials within the bounds of our Supreme Law, regardless of whether we agree with those decisions.”

While many on both sides have assumed felon voting would help Democrats, an issue that came up in the lawsuit, Amendment 4 backers have long argued that Republicans and independents would benefit as much as Democrats.

Darryl Paulson, emeritus professor of government at the University of South Florida-St. Petersburg and a member of the conservative Heritage Foundation, said after Amendment 4 passed that “people are going to be surprised that [the felon voting population] is not going to be as massive and not as Democratic as they thought it was going to be.”

But any increase in the voting population could tip the scales in a state where elections have been razor-thin, with U.S. Sen. Rick Scott and DeSantis winning in 2018 by 0.15 and 0.4 percentage points, respectively.

Meade said that while he disagreed with the decision, “like every setback that we have encountered throughout this process, we have taken it as an opportunity to step up.”

He and his Florida Rights Restoration Coalition have pivoted to helping ex-felons pay off their fines and fees, including partnering with NBA star LeBron James.

“And now we just have to do more,” Meade said. “And we will not rest until every one of the 1.4 million Floridians who were supposed to benefit from Amendment 4 have an opportunity if they desire to participate in our democracy.”

Lemongello and Rohrer write for the Orlando Sentinel.