Rishi Kapoor successfully transitioned to character acting in the early 2000s,
going on to appear in diverse supporting roles, such as in Fanaa, Agneepath, Student Of The Year, D–Day and Love Aaj Kal. He bagged the Filmfare Best Supporting Actor Award for his work in Kapoor & Sons. His work in Mulk was also well-received. After two decades, he reunited with actor Amitabh Bachchan in 102 Not Out. Jeetu Joseph’s The Body was his last film while Hitesh Bhatia’s Sharmaji Namkeen, co-starring Juhi Chawla, was under production at the time of his demise. It’s a tribute to his versatility that directors made sure that he had something substantial to do in their films. The narratives were driven by his characters. He had a ball during his second innings, essaying author-backed roles with much gusto. Presenting a list of the late actor’s films where he shone in character roles…

Director: Kunal Kohli
Cast: Aamir Khan, Kajol, Rishi Kapoor and Tabu
Rishi Kapoor plays Zulfikar Ali Beg, Zooni’s (Kajol) father, in this taut romantic thriller. Zooni, who is blind, is in love with Rehan (Aamir Khan). She’s heartbroken when he’s presumed dead. She doesn’t recognise him when he comes back into her life. He’s actually an enemy agent looking for a trigger for a nuclear weapon. When Zulfikar finds this out, he has a tussle with Rehan, who accidentally kills him. Rishi is shown to be a kind, supportive father throughout. He takes care of his daughter when she’s pregnant out of wedlock. Later, he gets her married to Rehan as well. But he’s also a patriot and puts his life on the line for his country. 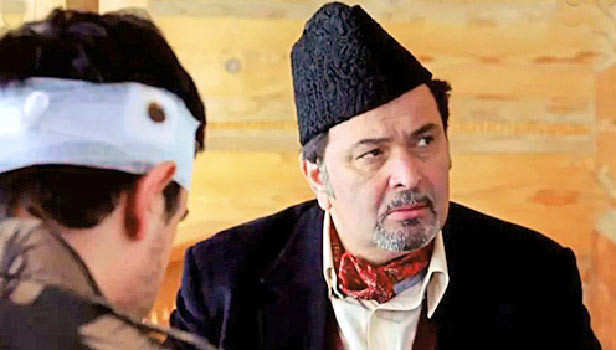 Director: Rakeysh Omprakash Mehra
Cast: Waheeda Rehman, Sonam Kapoor, Abhishek Bachchan and Rishi Kapoor
Rishi Kapoor plays an old-school gentleman in this seminal film about communal harmony. He’s the embodiment of the best qualities of old Delhi, which was all about respecting every religion and lending a helping hand to your neighbour, of sharing both laughter and sorrow. His personality makes an impression on Roshan (Abhishek Bachchan) and helps him get his bearings. 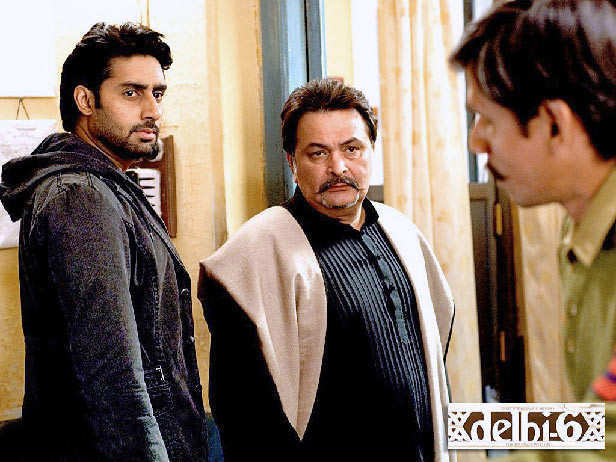 Director: Imtiaz Ali
Cast: Saif Ali Khan, Deepika Padukone, Rishi Kapoor and Neetu Singh
Imtiaz Ali wove two tales of love into one in this romance. Rishi Kapoor plays Veer Singh Panesar, a Sikh hotelier living in London. He inspires Saif’s character to get his life on track by narrating his heart-warming love story set in the 1960s. The two tracks run parallel, with Saif playing Rishi’s younger self as well. His character is never condescending. He sees a troubled soul and reaches out to him in the hope of making things better for him. The role added a certain gravitas to the film. 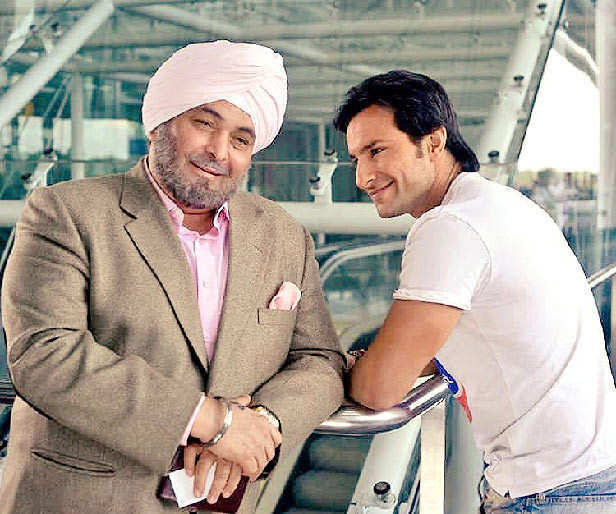 Director: Nikkhil Advani
Cast: Akshay Kumar, Anushka Sharma, Rishi Kapoor, Dimple Kapadia and Soni Razdan
Rishi Kapoor plays the strict patriarch of the Sikh community settled in London. Gurtej Singh Kahlon (Rishi Kapoor) doesn’t like the way Indians are treated in England. He’s prejudiced by past experience and thereby forbids his son, Parghat Singh Kahlon (Akshay Kumar), a talented bowler, to try out for the England team. Years later, Parghat’s interest in cricket is revived thanks to the efforts of Simran Chaggal (Anushka Sharma). She encourages him to give the sport another try, despite him being middle-aged. When he gets picked up to play for the England cricket team, his father realises he should invest in his son’s passion and forget the bias he holds towards whites. Rishi’s performance was just what the doctor ordered for the film. 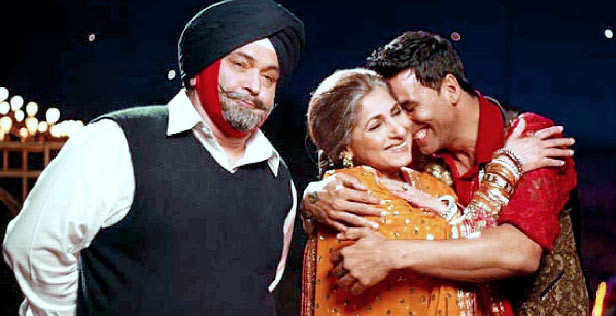 Director: Karan Malhotra
Cast: Hrithik Roshan, Sanjay Dutt, Rishi Kapoor, Priyanka Chopra and Om Puri
Rishi’s character, Rauf Lala, wasn’t there in the original. The role was specially written for the remake. Rishi plays a butcher, who’s also into drugs and prostitution. Vijay (Hrithik Roshan) befriends him as a child and works for him as an adult in order to get close to Kancha Cheena (Sanjay Dutt). That’s because Kancha and Rauf are rivals. It was perhaps Rishi’s most grey-shaded role ever. Kancha was supposed to be the main villain but thanks to Rishi’s power-packed performance, we remember the ruthless Rauf more than Kancha. 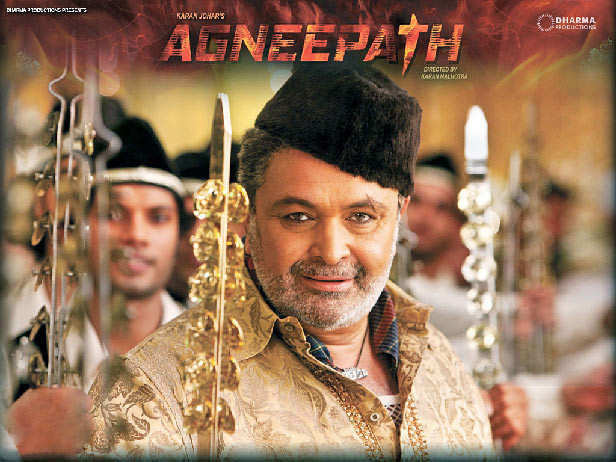 Director: Karan Johar
Cast: Rishi Kapoor, Alia Bhatt, Varun Dhawan and Siddharth Malhotra
The same year that he played a very macho Rauf Lala in Agneepath, Rishi Kapoor also played a gay character in SOTY. Dean Yogendra Vashishth has the hots for matinee idol John Abraham and also drools over the supremely fit (and married) football coach (Ronit Roy). It’s he, who devises various competitions for the Student Of The Year trophy. He’s a strict disciplinarian, who has the best interests of the children at heart. It was a vastly campy character and added a dash of irreverent humour to the proceedings. 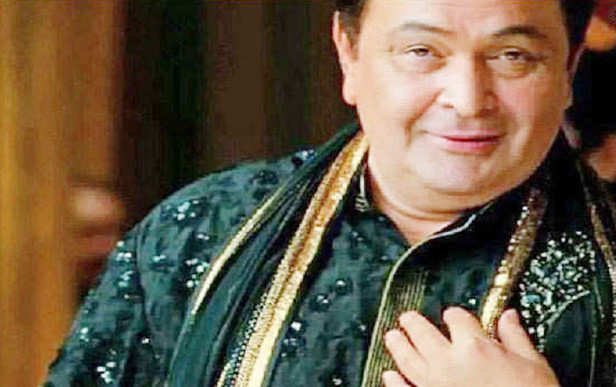 Director: Nikkhil Advani
Cast: Arjun Rampal, Irrfan, Rishi Kapoor, Huma Qureshi and Shruti Haasan The film is inspired
by all those Delta Force dramas that depicted American forces landing on hostile borders and carrying out executions and extractions of people harmful to American interests. Rishi Kapoor plays Goldman Iqbal (apparently based on a gangster), a manipulator supreme, someone who has always beaten the odds and survived. He relies on his wits and guts to get on top every time. The pink aviators and retro suits added to his persona. It’s easily one of Rishi Kapoor’s best performances. 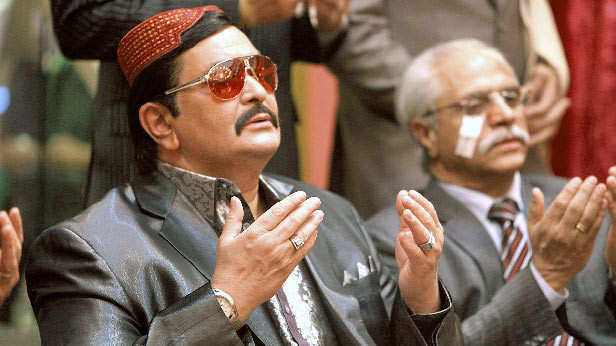 Rajat Kapoor
It’s said that Rishi Kapoor’s makeover for Kapoor & Sons cost a whopping two crores. He had to be under prosthetics for long hours and reportedly threatened to quit the film twice because of the discomfort. He plays a character, who’s in his late 80s and misses his family terribly. His only wish is to have a photograph, where everyone poses together. He plays a character, who’s full of spirit and amiable, despite his oddities. The actor won the Filmfare Best Supporting Actor Award for his role. 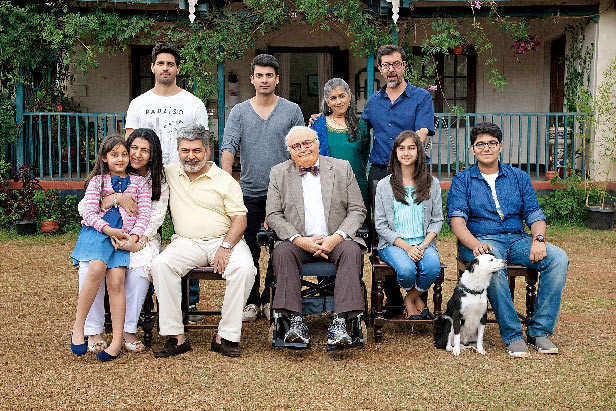 Director: Umesh Shukla
Cast: Amitabh Bachchan and Rishi Kapoor
Can a film where the screen age of the leading men is supposed to be 102 and 75 respectively ever be called a coming-of-age film? Well, after watching Umesh Shukla’s 102 Not Out, you’ll say it’s possible. You’ll realise that growing up is an ongoing process and it has nothing
to do with age. Both Amitabh Bachchan and Rishi Kapoor are on equal footing in the film. Apart from showcasing genuine chemistry in their scenes together, each gets a chance to bring to light his individual brilliance. It’s basically a two-character film. Most of it is just them talking about the past and ruminating about the present. Yet it’s engaging. 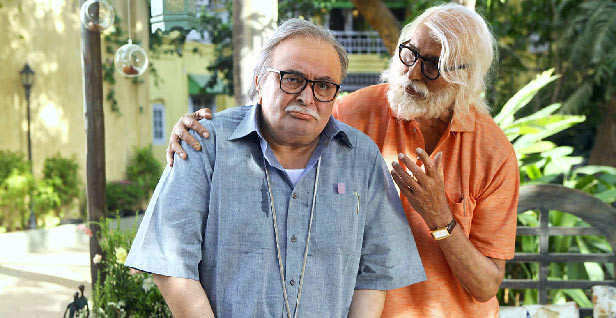 Director: Anubhav Sinha
Cast: Rishi Kapoor, Taapsee Pannu, Prateik Babbar and Neena Gupta
How does one prove one’s loyalty for the country? And should this love be questioned in the first place? Mulk asks such questions and more. Rishi Kapoor plays a lawyer, whose nephew and brother are accused of being terrorists. He himself gets accused of aiding and abetting them. He’s in his element as the lawyer, who believes the law is on his side. He’s bewildered and saddened by the changing attitudes and scenario. He serves as the moral compass of the film, refusing to give in to voices that preach hate and division. His pain is real and so is his faith that truth will triumph in the end. 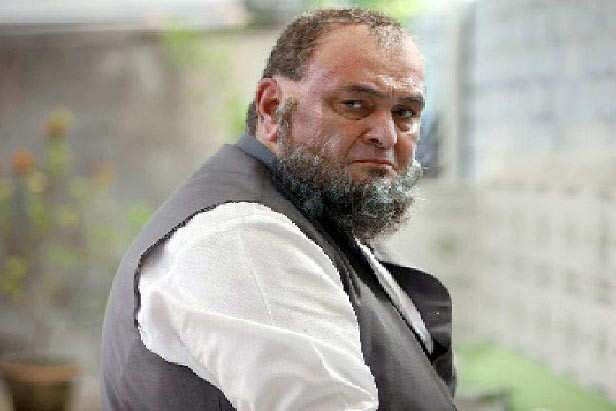 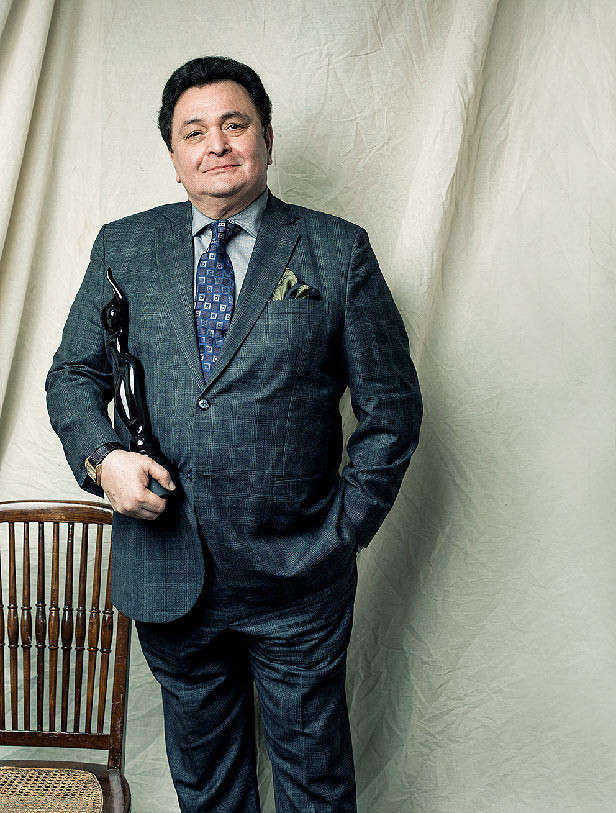 Dionne Warwick Reacts To ‘SNL’ Skit About Her And Shows It Love On Twitter!