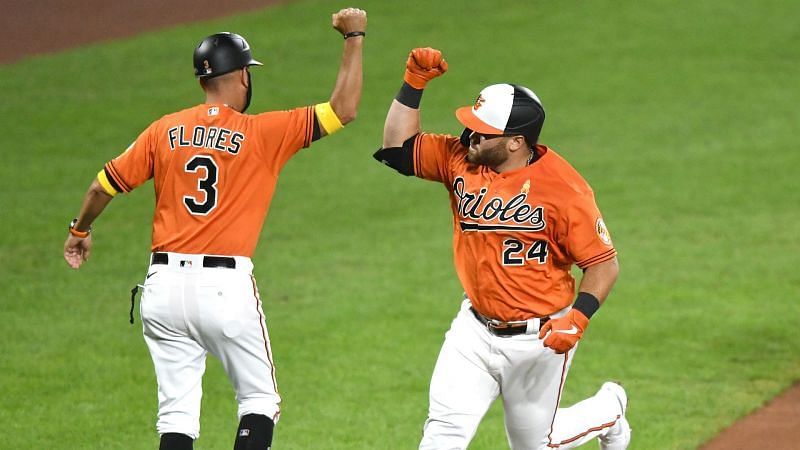 DJ Stewart hit a pair of home runs as the Baltimore Orioles crushed the New York Yankees 6-1 in MLB.

Stewart was 0 for 17 this season before leading off with a homer in a five-run sixth inning to inspire the Orioles on Saturday.

The 26-year-old outfielder homered again in the seventh inning for his first multi-homer game of his career.

Nolan Arenado drove in the tie-breaking run in the ninth inning to lift the Colorado Rockies to a 5-2 victory at the MLB-leading Los Angeles Dodgers.

Charlie Blackmon homered, doubled and scored two runs for the rallying Rockies, who emerged triumphant at Dodger Stadium for just the second time in 19 games.

The result snapped the Dodgers’ six-game winning streak and run of 11 consecutive victories at Dodger Stadium.

Ronald Acuna Jr. set a franchise record after hitting his 18th career lead-off homer in the Atlanta Braves’ 10-4 loss to World Series champions the Washington Nationals. He eclipsed Felipe Alou’s 17 lead-off home runs for the Braves from 1964 to 1969.

Yankees ace Gerrit Cole had a sixth inning to forget. Cole had been cruising until conceding five runs. A high-profile arrival in New York, Cole had won his first four decisions but has since lost three straight starts.

Madison Bumgarner’s return to San Francisco did not go according to plan. In his first appearance against former team the Giants, the Arizona Diamondbacks ace allowed two earned runs on three hits in four innings in a 4-3 loss. Bumgarner also struck out two and walked a pair.

Mike Trout set a franchise record with his 300th career home run in game one of the Los Angeles Angels’ doubleheader against the Houston Astros. The three-time AL MVP surpassed Tim Salmon.

The Dodgers (30-11) will look to bounce back when they send Julio Urias to the mound on Sunday. The Rockies (19-20) counter with Ryan Castellani.

Jake Roberts reveals why Vince McMahon is “still scared” of him

The best college football player you don’t know, a different kind of rivalry week and more for Week 13