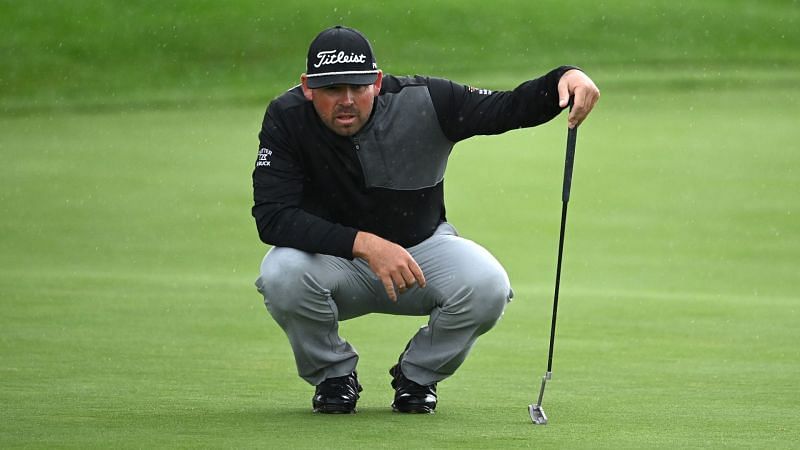 Justin Walters remains top of the UK Championship leaderboard at the Belfry despite failing to match the heights of his opening round on Friday.

Walters’ superb eight-under 64 on Thursday put the South African three shots clear of the chasing pack going into round two.

That proved crucial to retaining his lead on day two of the final UK swing event on the European Tour, as he went around in 71 and saw his advantage cut to one stroke by Benjamin Herbert.

Despite a trickier day, Walters is not letting those difficulties impact him mentally as he maintained a calm demeanour on what was also the first anniversary of his father’s death.

“It’s quite special, today a year ago I lost my dad and I’ve just got quite a sombre, relaxed approach at the moment,” he told the European Tour’s website. “Whatever comes my way, comes my way.

“When something good happens, smile and enjoy it. That’s got me through some tough moments already this week in terms of the situations I’ve found myself in. I plan to continue that on the weekend.

“It would be nice not to have to lose someone in my family for me to produce good golf. I’m working on that hard and I’m starting to gain some ground in all areas of my game. This has been a good test and this is what we play for.”

The start of round two was delayed as 59 players had to return to complete their 18 holes, though none of them got any closer to Walters.

But once round one was finished, Paul Waring enjoyed a solid display and briefly managed to take a share of the lead at seven under par with a blemish-free 67 – his ascension to the top helped by Walters bogeying the second hole.

Although a birdie followed, another bogey on the sixth had Walters one over for the day at the turn.

Fortunately for Walters, he was not ousted from the top of the leaderboard permanently and his bogey-free back nine – which also included two birdies – kept him in control.

Hebert’s three-under 69 made him the closest challenger on eight under for the tournament, with Bernd Wiesberger hitting a double-bogey six on the final hole to drop below third-placed Waring.

In a tie for fourth place with Wiesberger on six under were Marcus Armitage, Matthew Jordan and Ryan Fox, the latter of whom hit a fine 67.